The Power of Doors

Life is a Voyage in the Sea of Destiny

Life is a Voyage in the Sea of Destiny

As we are moving from one harbor to the next, and in between these safety zones we must go through turbulence, storms, winds, and death threats. Yet if we do not succumb to the forces of the sea, we will soon touch the shore.

The sea stands for the natural forces of circumstances of life and so when Jesus walked on the troubled tumultuous sea, he was teaching man that it is possible to harness all the adverse forces of life. For him to have beckond Peter, he was showing all humanity that even the most ordinary of us could subdue all the threatening elements of life. In his dealings with Peter he was giving us the know-how.

Peter’s experience shows us the trend or the natural tendency of many believers as we begin to step up on those waters. We might begin to sink because we are stepping into the unfamiliar. We are actually in the process of mastering our situations, but if we maintain our concentration and fix our eyes on Jesus, the word of God, we will arrive at our destination. The journey of life takes us through walking on the stormy seas to reach our destination.

From Faith to Faith

There is nothing confusing about these different levels of faith – or glory or strength – that we undergo, because after we master them, we are quite comfortable. The confusion comes when we are in between one glory and the next glory. It is of the utmost importance to remember this truth – You cannot have a new day without a night in between.

The night is the moment or day of uncertainty or perplexity, when the truth you know doesn’t align with the realities on the ground. The night is THE NOWHERE BETWEEN TWO SOMEWHERES. It is in these moments of transition that the enemy attacks and corrodes our resolve. His strategy of bringing down is to attack your reservoir of hope. To give up in such moments is sure death.

Paul addresses one such moment in 2Cor 1:8: ”We suffered hardships. We were under GREAT PRESSURE, far beyond our ability to endure, so that we DESPAIRED even of life.”

Never before in the history of mankind have we seen such a battle against hope. I have met people who categorically have thrown in the towel and given up, they have become drifters and simply take in what comes. Being a victim has mentally become their robe and perpetual covering. It is dangerous to lose hope. It is fatal, quite frankly.

The bible says hope deferred makes the heart sick (Prov 13:12). If the heart gets sick and out of it is the issue of life, then the river that proceeds from us will cause destiny miscarriages.

In the In-betweens of life you need HOPE.The bible says in Heb 11:1: “Now faith is the substance of things HOPED for, the evidence of things not seen.“

If we ever lose hope then faith is rendered useless in that it has nothing to fertilize.

The fusion of the two will generate a product that will break the boundaries of the possible. Hope gives faith a target and assignment, Hope cultivates the atmosphere in which faith needs to function. Faith is a living entity and thus requires certain conditions for its survival. Just as oxygen is crucial to the human species, so is hope to faith. Without hope faith will automatically die.

Hope is the anchor of the soul (Heb 6:19-20). When the imagery of an anchor is used, it suggests to us that the believer is taken to be a ship anchored on the Rock-Jesus, so as not to be tossed to and fro by every wind of doctrine: infantile faith.

1- Life will always have its storms.The story of humanity is not a straight line or level record of achievement. It is a history of ups and downs. Do not be thrown out of balance when the “downs” come in.

2- Whatever you are going through is common to humans, someone out there is going through the same or has gone through the same and as a matter of fact God will not allow you to go through what you cannot handle and with it He will always make a way of escape that you may be able to bare it. 1Cor 10:13: “There hath no temptation taken you but such as is common to man: but God is faithful, who will not suffer you to be tempted above that ye are able; but will with the temptation also make a way to escape, that ye may be able to bear it.“

Of the three things God only allowed Satan to touch two, in other words, God weighed Job’s capacity of handling hardship and he knew what Job could and couldn’t handle.

Nothing just comes your way except what God has allowed after weighing you and subsequently establishing that you are capable of handling.

Job 1:12: “And the Lord said unto Satan, behold, all that he hath is in thy power; only upon himself put not forth thine hand.“

3-The defeated can rise up and be as strong as the victor. Peter walked on the same sea that had been intimidating him a while ago. It was the same sea, only now that was bearing a different man who had had an encounter with the WORD.

4- There are people who have mastered what is threatening you and they have a testimony of victory. Jesus was walking on what was scaring Peter. He had mastered what was drowning Peter. Learn from these.

5- We have a few people who will step out of the boat and risk it. What looks impossible is only hard before you try it. The untried is always unfamiliar, awkward and absurd. Once tried it becomes a way of thinking and living.

6- However threatening a situation can be, it cannot go on forever, it has an end, an expiry date, this shows that some things do not have to be mastered, they have to be outlived. There are things God meant for us to out live. These things are there to test our stick-ability.

This was Mohammed Ali’s strategy in fighting George Foreman. In studying his opponent, Ali detected a flaw, Foreman’s punching power was awesome but his stamina and will were suspect. Since Foreman was like a ‘tornado’ Ali kept well out of the path of the tornado till the storm blew itself off, all Ali had to do was to keep himself on the ropes and stay out of harm’s way.

Foreman, who had never fought beyond the eighth round, grew tired and Ali knocked him out in the eighth round and went ahead to win five million dollars. It is in this premises that Ali wrote:

“Champions are not made in gyms. Champions are made from something they want deep inside, a dream, a desire, a vision. They have last minute stamina, and they have to be a little faster, they must have the skill and will. But the will must be stronger than the skill. Many fighters have lost to less skilled opponents who had the will to win who were determined to win, who were determined to keep going”

Jesus Christ is our hope personified (Col 1:27). And hope maketh not ashamed ( Rom 5:5). Hope is alway fused with Faith, you can’t bifurcate the two and attain efficacy.

Keep hope alive in the in- betweens of life! 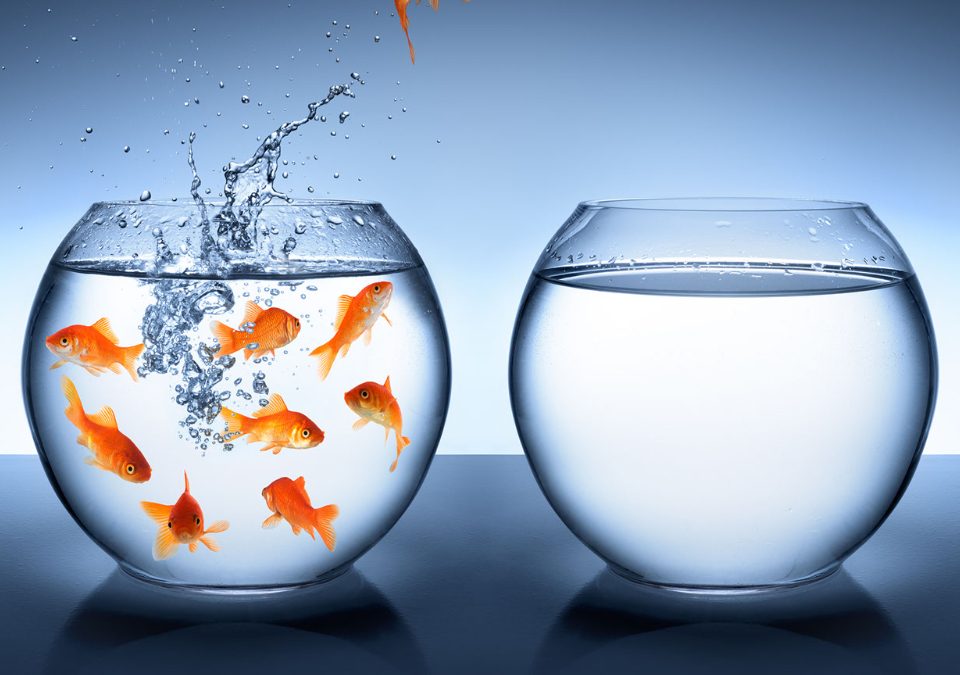 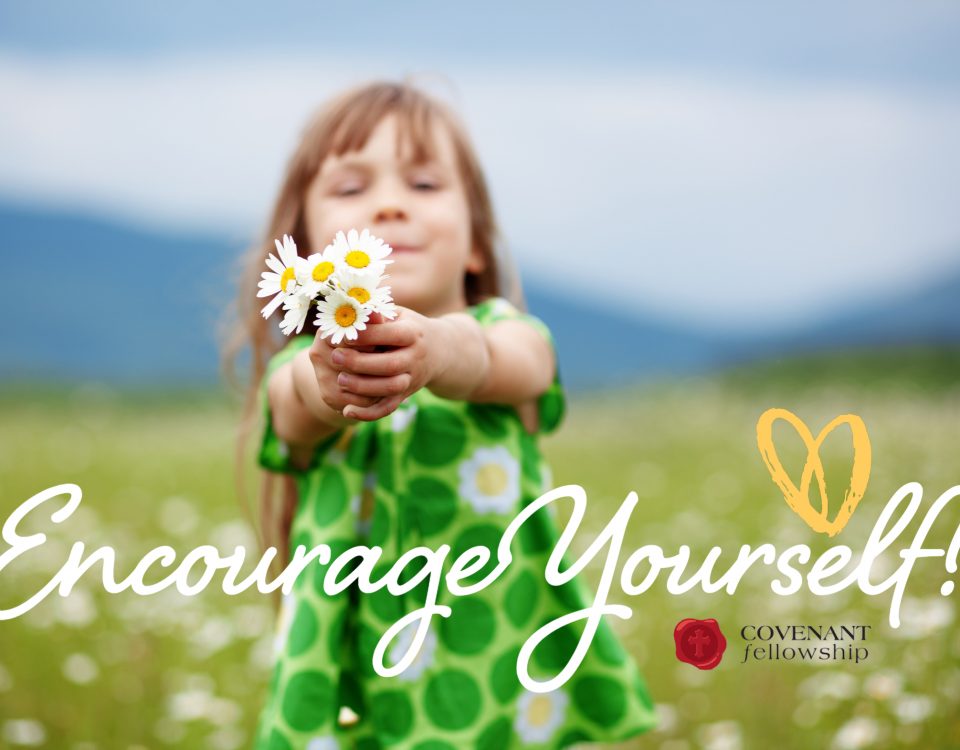 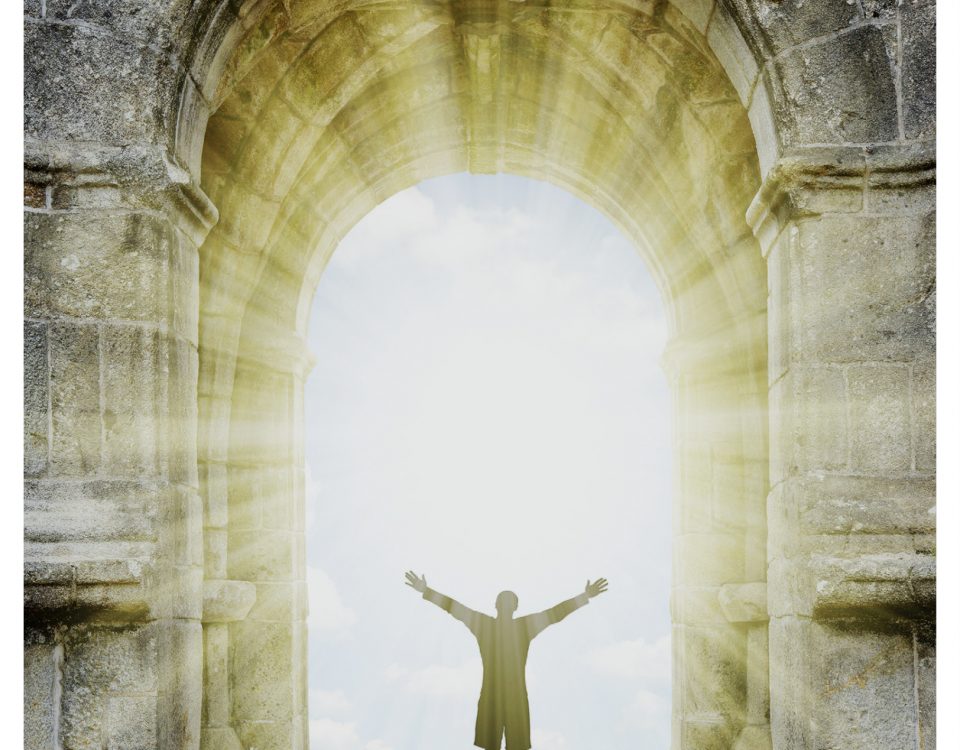